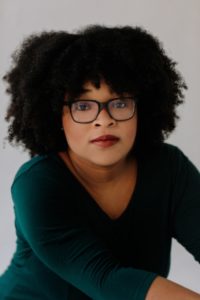 Morgan Jerkins is a contributing editor at Catapult whose work has been featured in The New Yorker, Vogue, the New York Times, The Atlantic, Elle, Rolling Stone, Lenny, and BuzzFeed, among many others. She lives in New York.

Morgan graduated from Princeton University with an AB in Comparative Literature, specializing in nineteenth century Russian literature and postwar modern Japanese literature, and has an MFA from the Bennington Writing Seminars.

This Will Be My Undoing 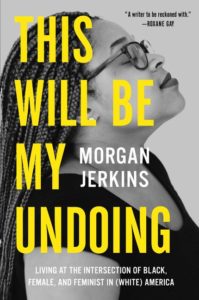 Morgan Jerkins is only in her twenties, but she has already established herself as an insightful, brutally honest writer who isn’t afraid of tackling tough, controversial subjects. In This Will Be My Undoing, she takes on perhaps one of the most provocative contemporary topics: What does it mean to “be”—to live as, to exist as—a black woman today? This is a book about black women, but it’s necessary reading for all Americans.Doubly disenfranchised by race and gender, often deprived of a place within the mostly white mainstream feminist movement, black women are objectified, silenced, and marginalized with devastating consequences, in ways both obvious and subtle, that are rarely acknowledged in our country’s larger discussion about inequality. In This Will Be My Undoing, Jerkins becomes both narrator and subject to expose the social, cultural, and historical story of black female oppression that influences the black community as well as the white, male-dominated world at large.

“In Morgan Jerkins’s remarkable debut essay collection… she is a deft cartographer of black girlhood and womanhood. From one essay to the next, Jerkins weaves the personal with the public and political in compelling, challenging ways. Her prodigious intellect and curiosity are on full display throughout this outstanding collection. The last line of the book reads, ‘You should’ve known I was coming,’ and indeed, in this, too, Jerkins is prescient. With this collection, she shows us that she is unforgettably here, a writer to be reckoned with.” — Roxane Gay

A discussion of This Will Be My Undoing: Living at the Intersection of Black, Female, and Feminist in (White) America

Elle: “In This Will Be My Undoing, Morgan Jerkins Explores Being a Black Woman in America” an interview with Roxane Gay

“The Nerve: In This Will Be My Undoing, Debut Author Morgan Jerkins Isn’t Afraid to Go There” by Anne Branigin in The Root for The Glow Up

“Double Binds: On Morgan Jerkins’s ‘This Will Be My Undoing’” by Ellen Wayland-Smith for The Millions