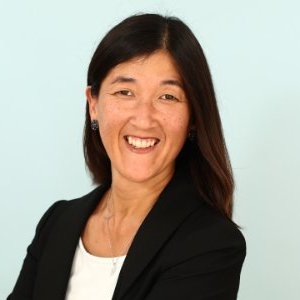 Julayne Lee was given up for adoption in South Korea as a result of the Korean War. She was adopted by an all-white Christian family in Minnesota, where she grew up. She has spent over fifteen years working with overseas adopted Koreans (OAKs). She lived in Seoul and now resides in Los Angeles, where she is a member of the LA Futbolistas and Adoptee Solidarity Korea – Los Angeles (ASK-LA). She is also part of the Adoptee Rights Campaign working to pass the Adoptee Citizenship Act to ensure all inter-country adoptees have US citizenship.

She has written for Korean Quarterly and her review of the film Casa de los Babys was republished in Uri Shinmun, a multilingual publication based in the Netherlands. Julayne has been a guest blogger for Land of Gazillion Adoptees, Slant Eye for the Round Eye, and the Minneapolis St. Paul Star Tribune. She has spoken on adoption at symposiums and universities in Korea and the US.

Julayne was a Community Literature Initiative Scholar and is a Las Dos Brujas Writers’ Workshop alum. She has a B.S. in Mathematics Education and an M.A.Ed. and is a Sr. Data Analyst. When she’s not writing or at a literary event, she enjoys stand up paddle boarding (SUP), traveling, films, Korean dramas and sampling cupcakes at the local coffee shop. She is a co-founder and steering committee member of Adoptee Solidarity Korea – Los Angeles (ASK-LA). She is also a member of the Adoptee Rights Campaign working to pass the Adoptee Citizenship Act to ensure all inter-country adoptees have US citizenship.

Not My White Savior 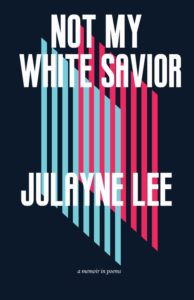 A provocative and furious book about race, culture, identity and what it means to be an inter-country adoptee in America.

Julayne Lee was born in South Korea to a mother she never knew. When she was an infant, she was adopted by a white Christian family in Minnesota.

NOT MY WHITE SAVIOR is a memoir in poems, exploring what it is to be a transracial and inter-country adoptee, and what it means to grow up being constantly told how much better your life is because you were rescued from your country of origin. Following Julayne Lee from Korea to Minnesota and finally to Los Angeles, NOT MY WHITE SAVIOR asks what does “better” mean? In which ways was the journey she went on better than what she would have otherwise experienced?

NOT MY WHITE SAVIOR is angry, brilliant, unapologetic, and unforgiving. A vicious ride of a book that is sure to spark discussion and debate.

“Through the lens of her experience, Julayne Lee reveals in these poems the trauma of adoptees, the blindness of the world to their suffering, and the truths we must understand in order to do the work of ending a practice that sees children as profit.” ―Beau Sia