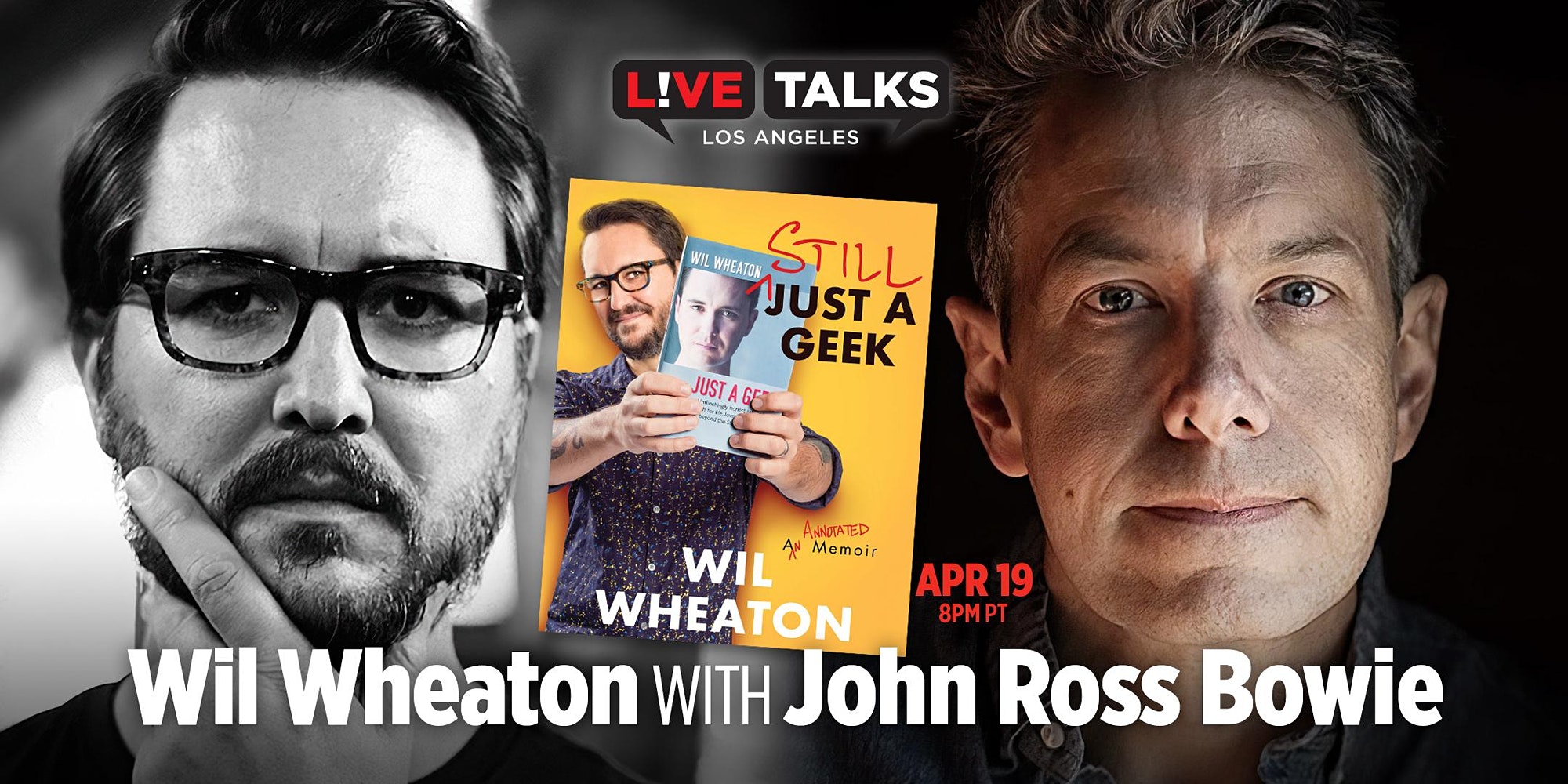 discussing his book, “Still Just a Geek: An Annotated Memoir ”

Celebrated actor, personality, and all-around nerd, Wil Wheaton updates his memoir of collected blog posts with all new material and annotations as he reexamines one of the most interesting lives in Hollywood and fandom–and now for the first time in audio, narrated by Wil himself!

Will Wheaton is a highly acclaimed producer, narrator, and actor who has appeared in dozens of films and TV series. Most recently, he played a fictionalized version of himself on The Big Bang Theory, one of the most highly rated and watched sitcoms of the last decade. An accomplished voice actor, Wil has lent his talents to animated series including Family Guy, Teen Titans, Guardians of the Galaxy, and Batman: The Brave and the Bold. His audiobook narration of Ernest Cline’s Ready Player One debuted at number one on the New York Times bestseller list, and was one of Goodreads’ 10 Best Narrator and Audiobook Pairings of All Time. He has also lent his voice to titles by John Scalzi, Randall Monroe, Andy Weir, and Joe Hill. When he isn’t acting, narrating, or podcasting, Wil is writing. A lot. He lives in Los Angeles with his badass, irrepressible wife Anne, one rescued dogs, one cat, and four vintage arcade cabinets.

John Ross Bowie is an actor and author who lives in Los Angeles. Among his over 100 TV and Film credits: the Big Bang Theory, Speechless, Curb Your Enthusiasm, Jumanji: The Next Level, He’s Just Not That Into You, and The Heat. His memoir NO JOB FOR A MAN Will be published in November, 2022 by Pegasus Books.

“Wil Wheaton is a geek who’s unafraid to sit at the keyboard and open a vein. There’s a lot of scorching honesty mixed in with these convulsively funny memoirs.”  — Cory Doctorow on Just a Geek

From starring in Stand by Me to playing Wesley Crusher on Star Trek: The Next Generation to playing himself, in his second (third?) iconic role of Evil Wil Wheaton in The Big Bang Theory, to becoming a social media supernova, Wil Wheaton has charted a career course unlike anyone else, and has emerged as one of the most popular and well respected names in science fiction, fantasy and pop culture.

Back in 2001, Wil began blogging on wilwheaton.net. Believing himself to have fallen victim to the curse of the child actor, Wil felt relegated to the convention circuit, and didn’t expect many would want to read about his random experiences and personal philosophies..

Yet, much to his surprise, people were reading. He still blogs, and now has an enormous following on social media with well over 3 million followers.

In Still Just a Geek, Wil revisits his 2004 collection of blog posts, Just a Geek, filled with insightful and often laugh-out-loud annotated comments, additional later writings, and all new material written for this publication. The result is an incredibly raw and honest memoir, in which Wil opens up about his life, about falling in love, about coming to grips with his past work, choices, and family, and finding fulfillment in the new phases of his career. From his times on the Enterprise to his struggles with depression to his starting a family and finding his passion–writing–Wil Wheaton is someone whose life is both a cautionary tale and a story of finding one’s true purpose that should resonate with fans and aspiring artists alike. 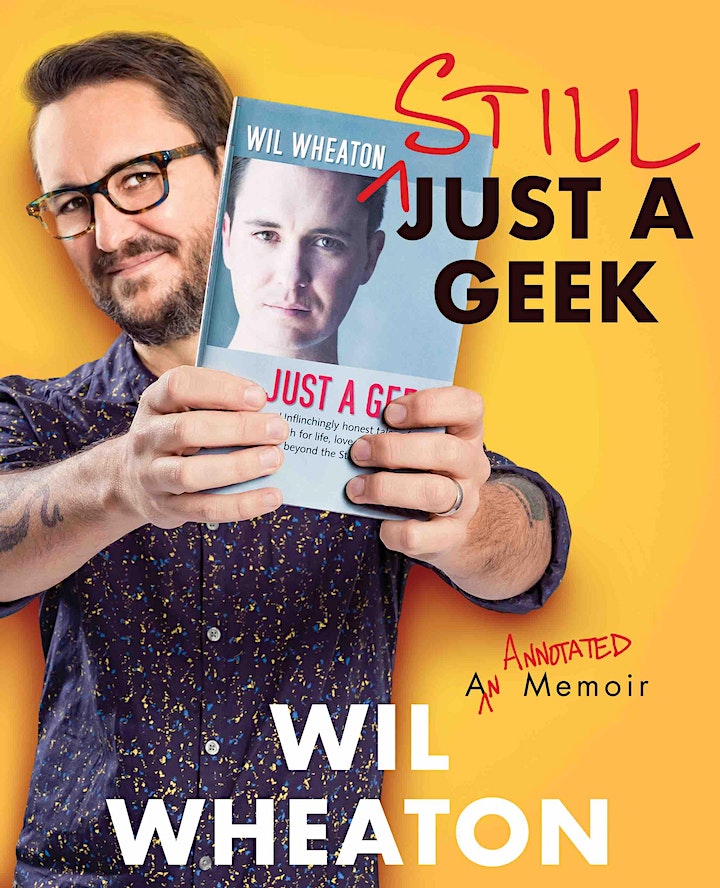