WeHo Reads: Songs and Signs of Hope and Healing 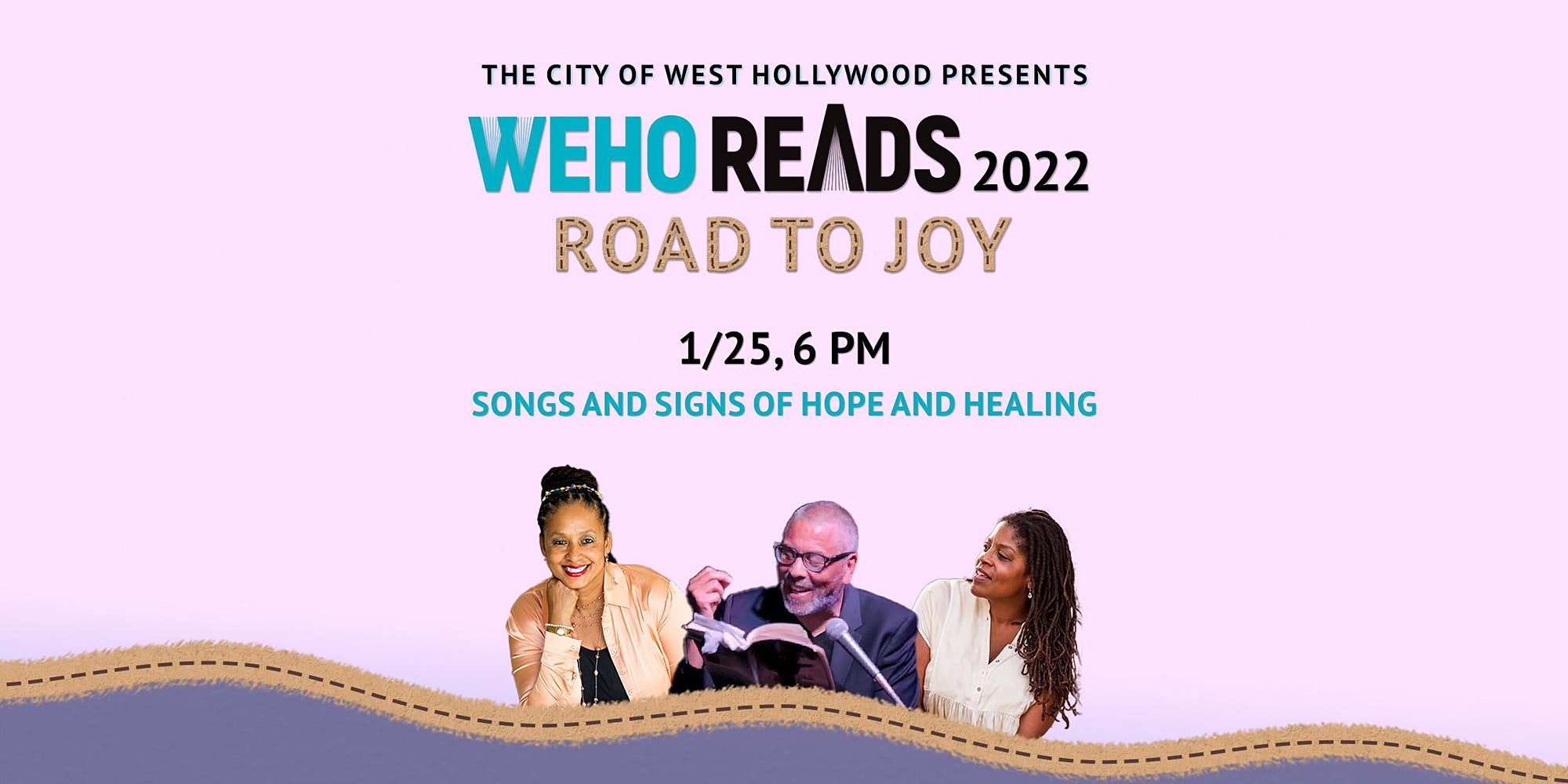 Our journey to joy begins with songs, poems, stories, and images from Shonda Buchanan, Peter J. Harris, and Imani Tolliver.

During our WeHo Reads 2022 series opener, poets and writers will share songs, poems, and reflections on healing and hope. Shonda Buchanan will open the event with a song and discuss her memoir Black Indian, which explores her family’s legacy of being African Americans with American Indian roots and how they dealt with not just society’s ostracization but the consequences of this dual inheritance. Peter J. Harris will discuss the Black Man of Happiness Project’s See You Campaign, which excavates historical photos of Black men “emanating a sense of joy.” Imani Tolliver will recount her intersectional and sacred journey as a Black queer woman and share excerpts from her memoir-in-verse Runaway.

WeHo Reads is a literary series presented by the City of West Hollywood. More information and events at www.weho.org/wehoreads. BookSwell, a literary events and media company dedicated to lifting up writers from historically excluded communities, is producing the WeHo Reads 2022 season. Additional support is provided by UCLA Extension Writers’ Program, Beyond Baroque, Poets & Writers and media partnerships with the Los Angeles Review of Books, Bookshop.org, and Book Soup.