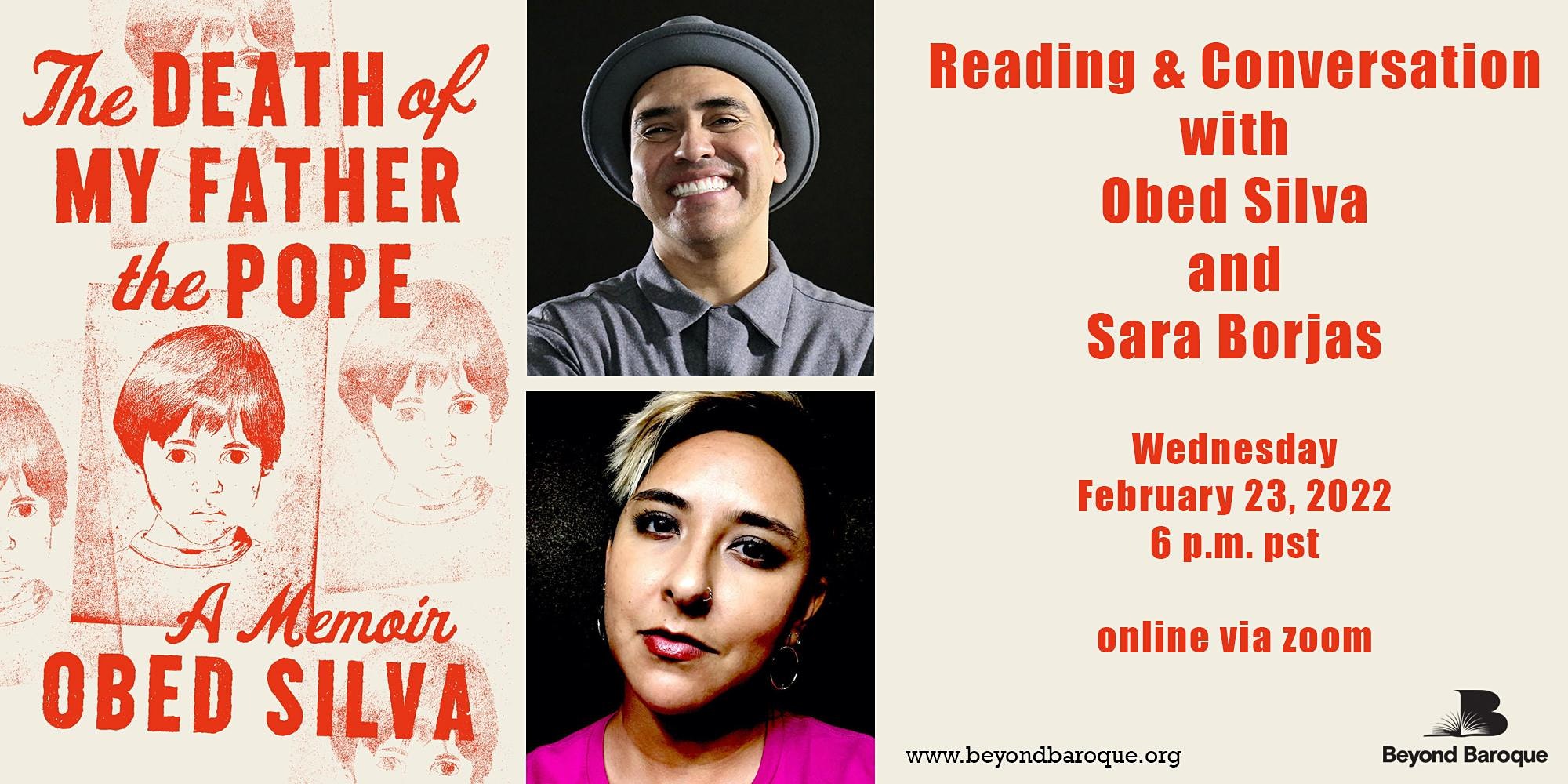 Presenting his debut memoir, The Death of My Father, the Pope (MCD/FSG Books, 2021), Obed Silva weaves between the preparations for his father’s funeral and memories of life on both sides of the U.S.–Mexico border, chronicling his father’s lifelong battle with alcoholism and the havoc it wreaked on his family. Obed Silva will be joined by Fresno poet Sara Borjas, for a reading from her debut poetry collection Heart Like a Window, Mouth Like a Cliff (Noemi Press, 2019) and new poems, followed by a conversation between authors on family history and Chicanx identity.

Obed Silva was born in Chihuahua, Mexico, and immigrated to the United States as a toddler. After years in the gang lifestyle—which left him paralyzed from the waist down, the result of a gunshot wound—he discovered the power of book learning, earned a master’s degree in medieval literature, and is now a respected English professor at East Los Angeles College. The Death of My Father the Pope is his first book.

Sara Borjas is a Xicanx pocha and a Fresno poet. Her debut collection of poetry, Heart Like a Window, Mouth Like a Cliff was published by Noemi Press in 2019 and received a 2020 American Book Award. Sara was named one of Poets & Writers 2019 Debut Poets and is a 2017 CantoMundo Fellow. She is the recipient of the 2015 Blue Mesa Poetry Prize judged by Carmen Giménez-Smith, and a Postgraduate Writers Conference Fellow, a Community of Writers at Squaw Fellow, and a MacDowell Colony Fellow. Her work can be found in Ploughshares, The Rumpus, Poem-a-Day by The Academy of American Poets, and The Offing, amongst others. She teaches in the creative writing department at UC Riverside and the UCR Palm Desert Low Residency MFA Program, but stays rooted in Fresno. Find her @saraborhaz or at www.saraborjas.com.