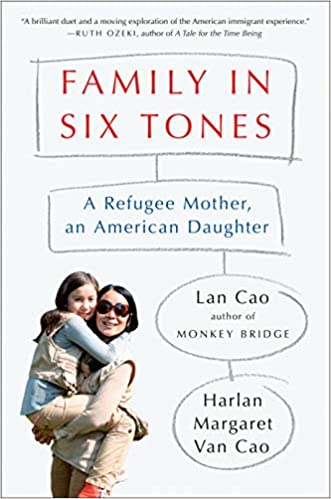 In 1975, thirteen-year-old Lan Cao boarded an airplane in Saigon and got off in a world where she faced hosts she had not met before, a language she didn’t speak, and food she didn’t recognize, with the faint hope that she would be able to go home soon. Lan fought her way through confusion, and racism, to become a successful lawyer and novelist. Four decades later, she faced the biggest challenge in her life: raising her daughter Harlan–half Vietnamese by birth and 100 percent American teenager by inclination. In their lyrical joint memoir, told in alternating voices, mother and daughter cross ages and ethnicities to tackle the hardest questions about assimilation, aspiration, and family.