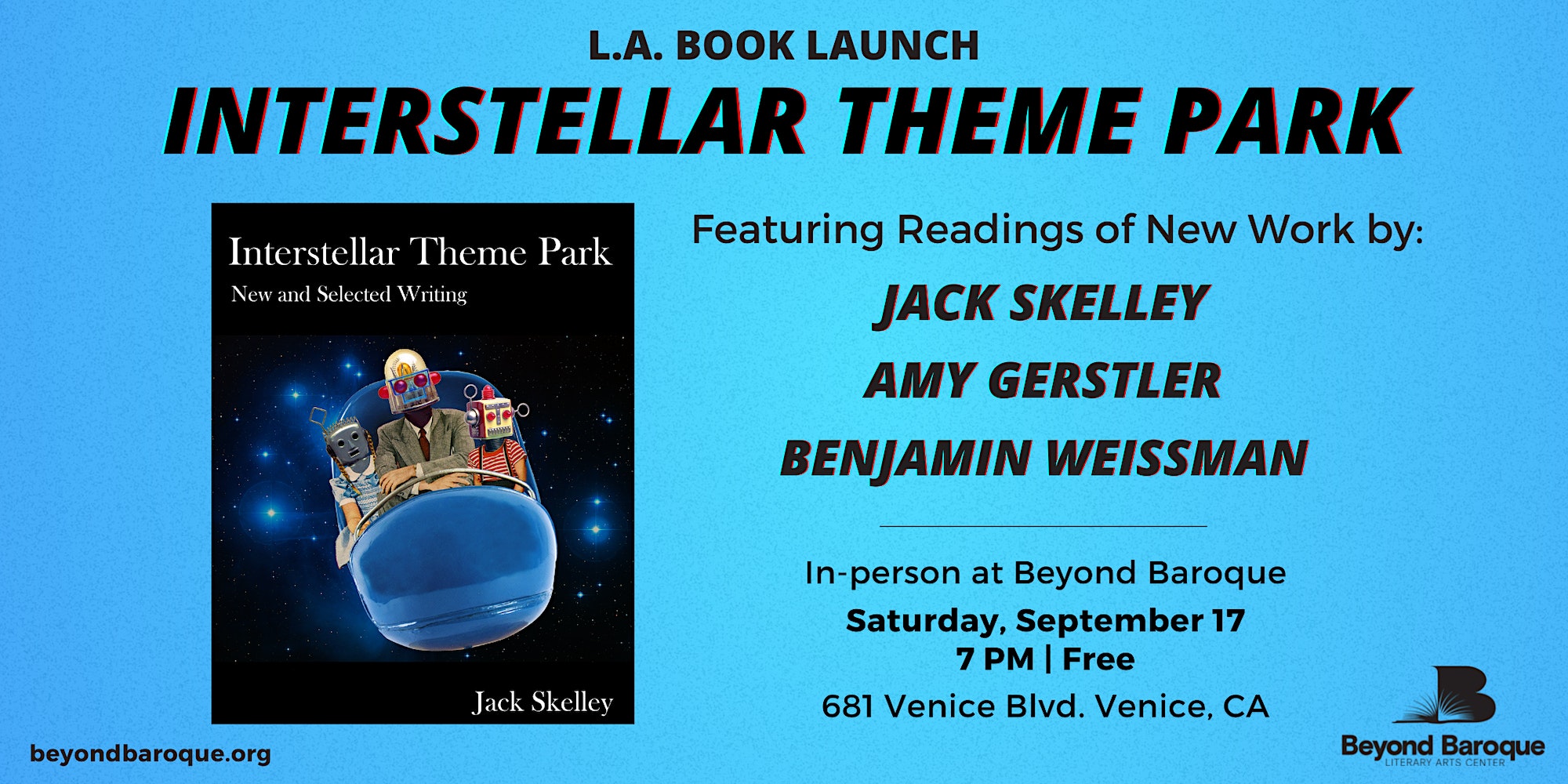 Join Jack Skelley for an evening of celebration of a thrilling new poetry collection! Reunited with Beyond Baroque friends, poet Amy Gerstler and writer Benjamin Weissman, who will also read from their new work.

This event is Free & In-Person at Beyond Baroque. Masks are required while inside our center.

Reservation Policy: Please RSVP if you are planning to attend this event. We accept walk-ins, but priority will be given to people that have registered. Limited seating available; we recommend arriving early.

Amy Gerstler‘s most recent book of poems is Index of Women (Penguin Random House, 2021). Her work has appeared in a variety of magazines and anthologies, including the New Yorker and Paris Review. She is currently collaborating with composer, actor, and arranger Steve Gunderson on a musical play. Her previous books of poems include Scattered at Sea, Dearest Creature, Ghost Girl, Medicine, Crown of Weeds, Nerve Storm, and Bitter Angel. Oren’s Forest, a children’s book Gerstler did with artist/Illustrator Lindsey Burwell, was published in 2022. In 2019, she received a Foundation for Contemporary Arts CD Wright Grant. In 2018, she was awarded a Guggenheim Fellowship. She has also written fiction, nonfiction, and journalism and art criticism.

Benjamin Weissman is the author of two books of short fiction, most recently Headless. His writing on books, art, and skiing have appeared in McSweeney’s, The Believer, and Powder. A recent exhibition of paintings and sculptures occurred at The Pit. He’s working on a new book of stories and a novel. He teaches Senior Studio & Advanced Drawing at UCLA.