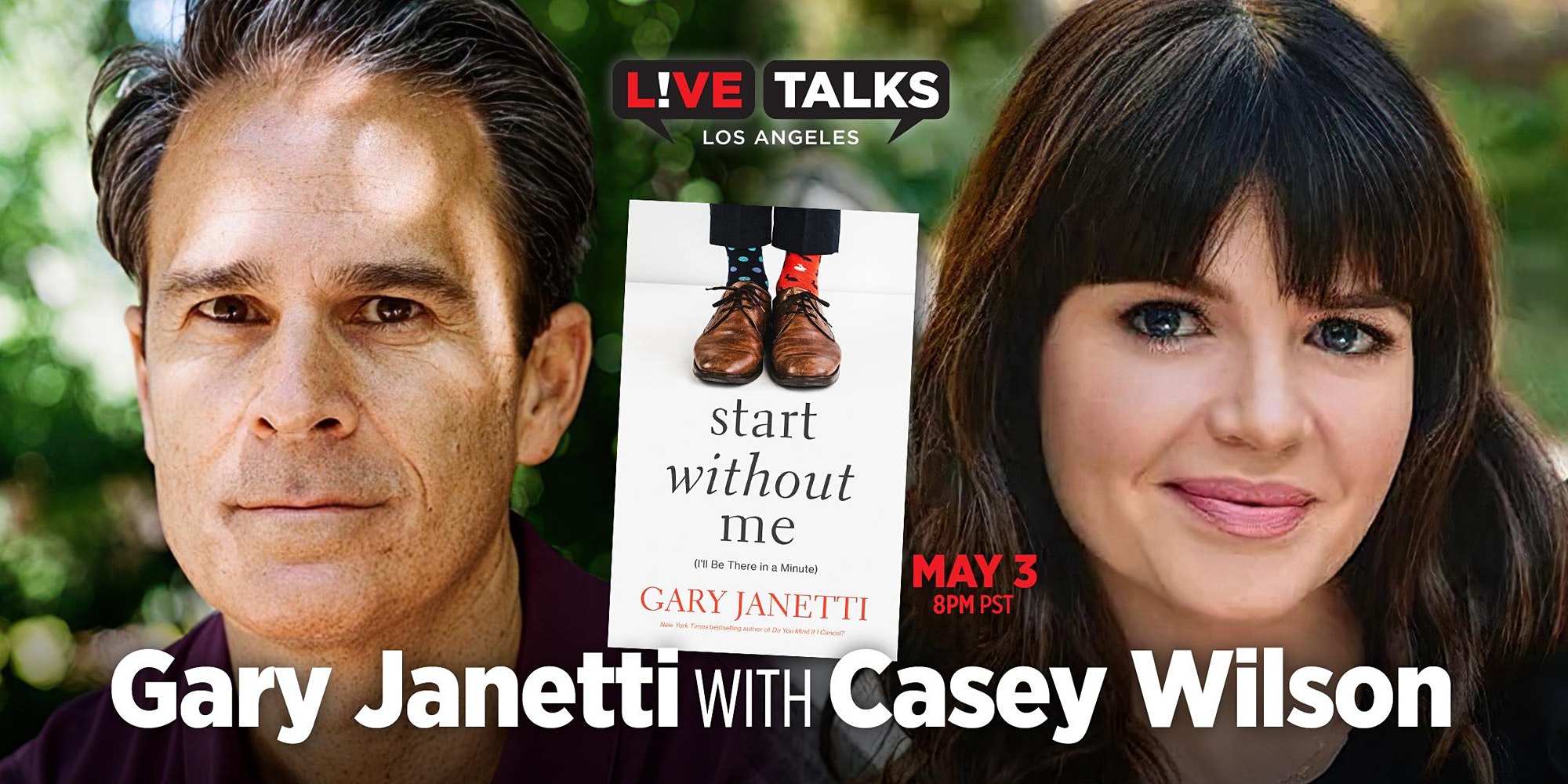 Gary Janetti in conversation with Casey Wilson discussing his collection of stories, “Start Without Me:(I’ll Be There in a Minute) “

discussing his his collection of stories, “Start Without Me:(I’ll Be There in a Minute) “

From New York Times bestselling author, Family Guy writer, and HBO star Gary Janetti comes Start Without Me, a collection of hilarious, laugh out loud, true life stories about the small moments that add up to a big life.

Gary Janetti is a four-time Emmy nominated writer and producer who is the showrunner and creator of HBOMax’s The Prince.  He got his start writing on several network series before joining Fox’s Family Guy where he was on the original writing staff and went on to pen many memorable episodes featuring Brian and Stewie.  He then wrote on NBC’s Will & Grace, where he rose to executive producer and showrunner.  Janetti also created, executive produced and wrote all episodes of the ITV/PBS British sitcom Vicious starring Sir Ian McKellen and Sir Derek Jacobi.  His popular Instagram account of over 900k followers has been featured and praised in such publications as the New York Times, People and Vanity Fair.  Janetti’s first book, Do You Mind If I Cancel? was a New York Times bestseller.  Follow him on Instagram and Twitter @garyjanetti.

Casey Wilson is an actress, writer, director and podcaster who was last seen starring in Showtime’s BLACK MONDAY and Apple TV+’s THE SHRINK NEXT DOOR. Casey was a featured player on SNL for two seasons and starred in ABC’s cult classic series HAPPY ENDINGS. Her film roles include GONE GIRL and BRIDE WARS in which she also served as screenwriter. For the last seven years, Casey has co-hosted the hit podcast B*TCH SESH. Her collection of essays, THE WRECKAGE OF MY PRESENCE made last year’s New York Times bestseller list.

“Gary Janetti is a national treasure! Start Without Me had me screaming with laughter and seething with jealousy. But it also had me in tears. Because the sneaky secret about Gary is that as antisocial as he purports to be, no one writes with more connectedness or feeling. Sorry, Gary! Reading your book about how little you want to hang out with people is only going to make everyone want to hang out with you more.”―Casey Wilson, New York Times bestselling author of The Wreckage of My Presence

Gary Janetti is bothered. By a lot of things. And thank God he’s here to tell us.

In Start Without Me, Gary returns with his acid tongue firmly in cheek to the moments and times that defined him. He takes us by the hand as we follow him through the summers he spends in his twenties, pursuing both the perfect tan and the perfect man to no avail and much regret. At his Catholic high school, he strikes up an unlikely friendship with a nun who shares Gary’s love of soap operas, which becomes a salvation to them both. And don’t get him started on how a bad hotel room can ruin even the best vacation. This laugh-out-loud collection of true-life stories from the man “behind his generation’s greatest comedy” (The New York Times) is for anyone who has felt the joy in holding a decade-long grudge.

Whether you are a new convert to Janetti or one of the million who follow him on social media for a daily laugh, Start Without Me will have you howling at Gary’s frustrations and nodding along in agreement at the outrages of life’s small slights. It’s the literary equivalent of a night out with your funniest friend that you wish would never end. 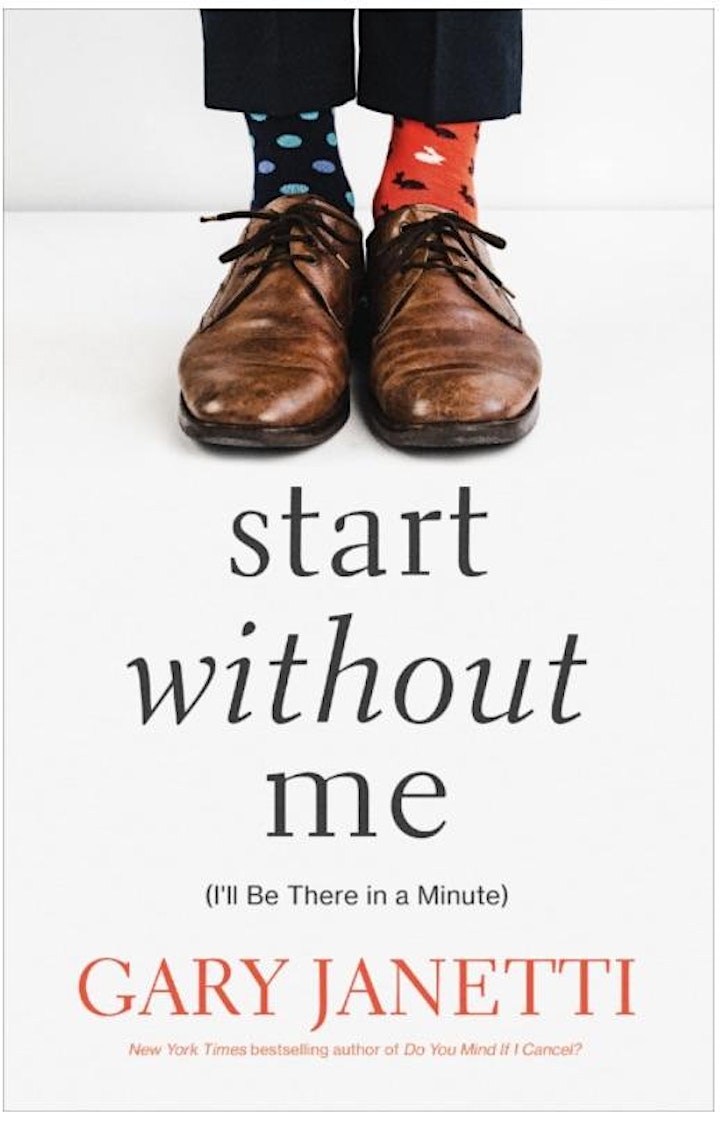