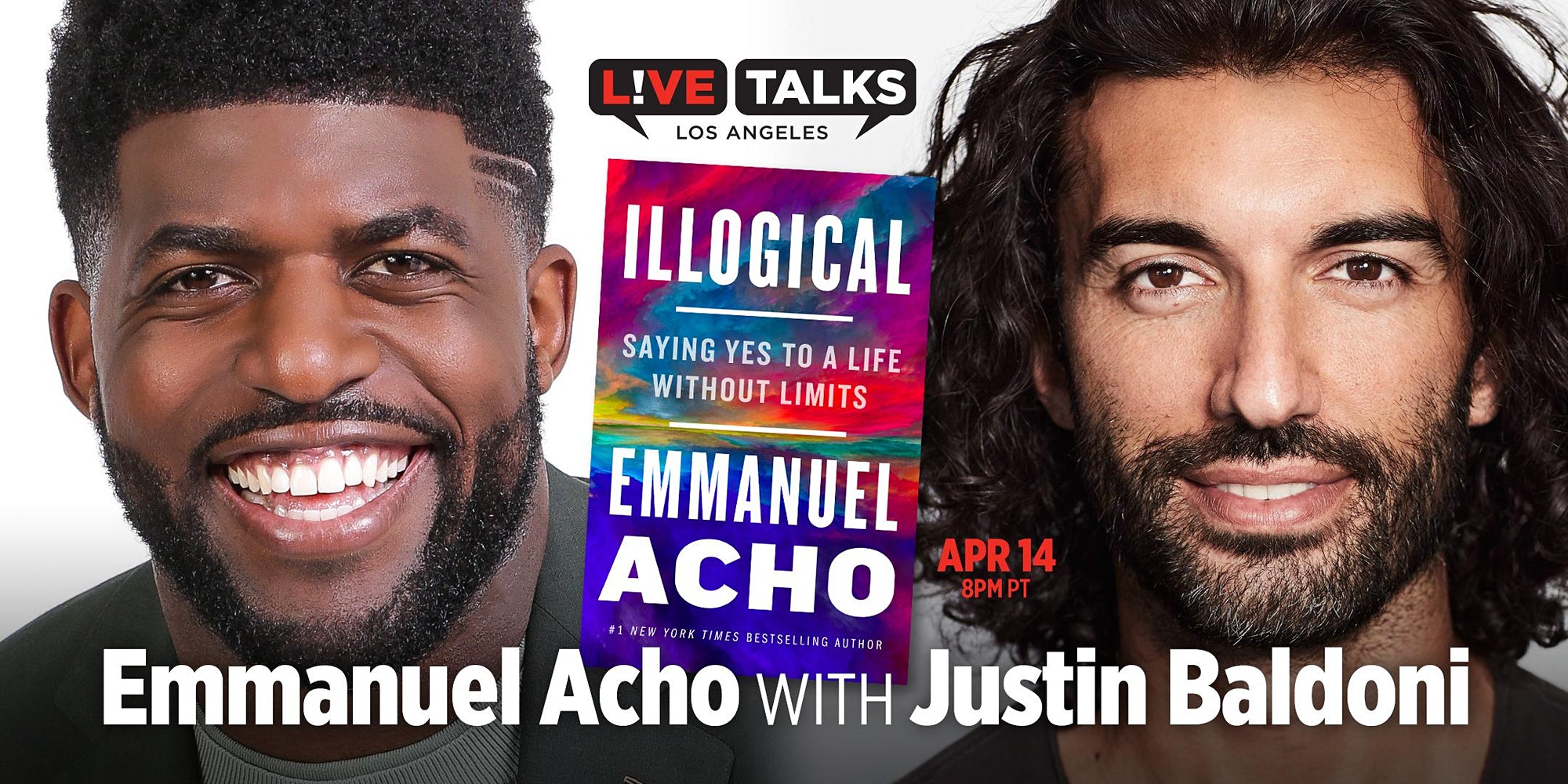 Emmanuel Acho in conversation with Justin Baldoni discussing his book, “Illogical: Saying Yes to a Life Without Limits.”

“Illogical: Saying Yes to a Life Without Limits”

From the New York Times bestselling author of Uncomfortable Conversations with a Black Man, a call to break through our limits and say yes to a life of infinite possibility…

Justin Baldoni is a director, producer, actor, author and the co-founder of Wayfarer Studios and the Wayfarer Foundation. Baldoni is known for creating purpose-driven media that impacts social change. His credits include: directing and producing Clouds (2020) the first narrative acquisition for Disney+; his feature film directorial debut with Five Feet Apart (2019); creating and directing CW’s documentary series, My Last Days, and played “Rafael” on the network’s award-winning show Jane the Virgin. Inspired by his personal journey, Baldoni created Man Enough, a conversation series that explores the messages of masculinity while reimagining what it means to be a man in the world today. This series led Baldoni to give a TED Talk that went viral. This led to his first book, Man Enough: Undefining My Masculinity, boldly and transparently uncovering his own journey. In October 2022, he will be releasing his second book on masculinity, Boys Will Be Human, for middle school and high school boys. As a compliment to his books, Baldoni, along with his longtime collaborator Jamey Heath and prominent masculinity expert Liz Plank, launched The Man Enough Podcast investigating how traditional structures and attitudes toward success and failure, body image, privilege, relationships, intimacy, and other issues hold back and often oppress and negatively affect men, women, and humanity as a whole. Baldoni is next set to produce It Ends With Us for Wayfarer Studios in 2022.

llogical: Saying Yes to a Life Without Limits

You may know Emmanuel Acho as the host of groundbreaking video series “Uncomfortable Conversations with a Black Man.” Or as a New York Times bestselling author. Or as an Emmy-winning television broadcaster. Or as a former linebacker for two NFL franchises.

What you probably don’t know is that Emmanuel defines his own life with just one word: Illogical.

Behind every triumph, every expression of his gifts, Acho has had to ignore what everyone around him called “logic”: the astronomical odds against making it, the risks of continuing to dream bigger or differently. Instead of playing it safe, at every turn Acho has thrown conventional wisdom―logic―out the window. Now, in this revelatory book, he’s empowering us all to do the same.

Whether it’s creating the next groundbreaking startup, fighting for change as an activist, or committing to a personal passion, Illogical is the go-to book for all readers ready to become change-makers. With a step-by-step guide to finding our callings and shifting our mindsets, enlivened by stories from Acho’s life and other illogical pioneers, and the Bible, Acho asks us to replace the limits set for us, and which we set for ourselves, with a world of possibility. Our horizons, he shows us, are endless. 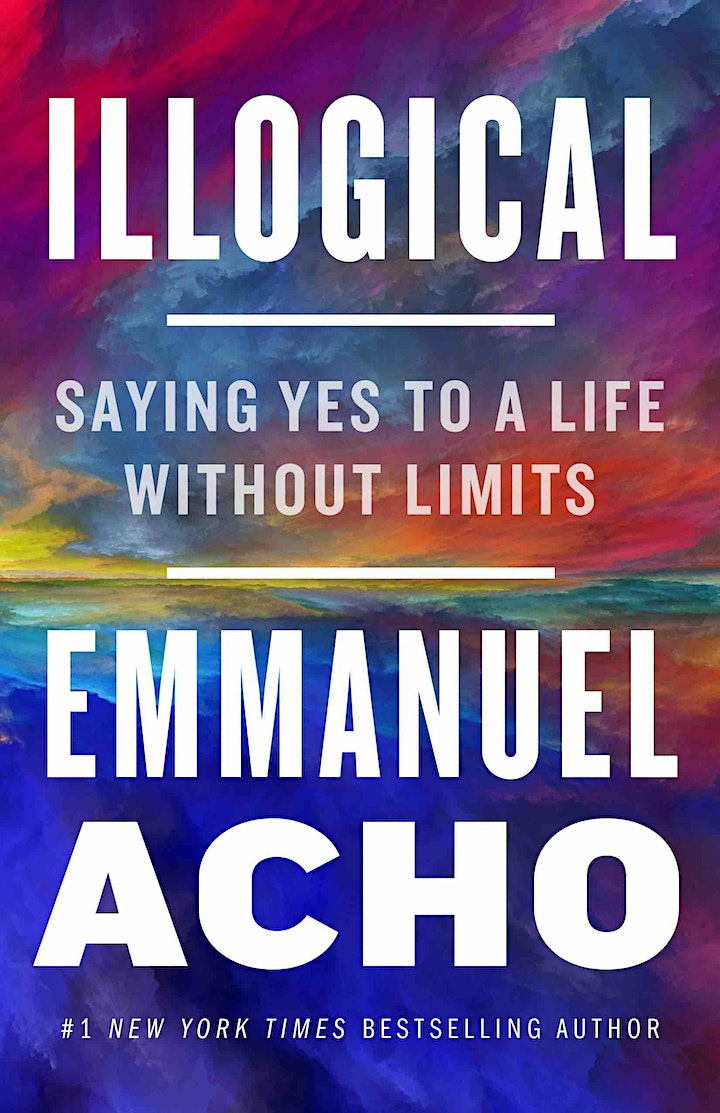