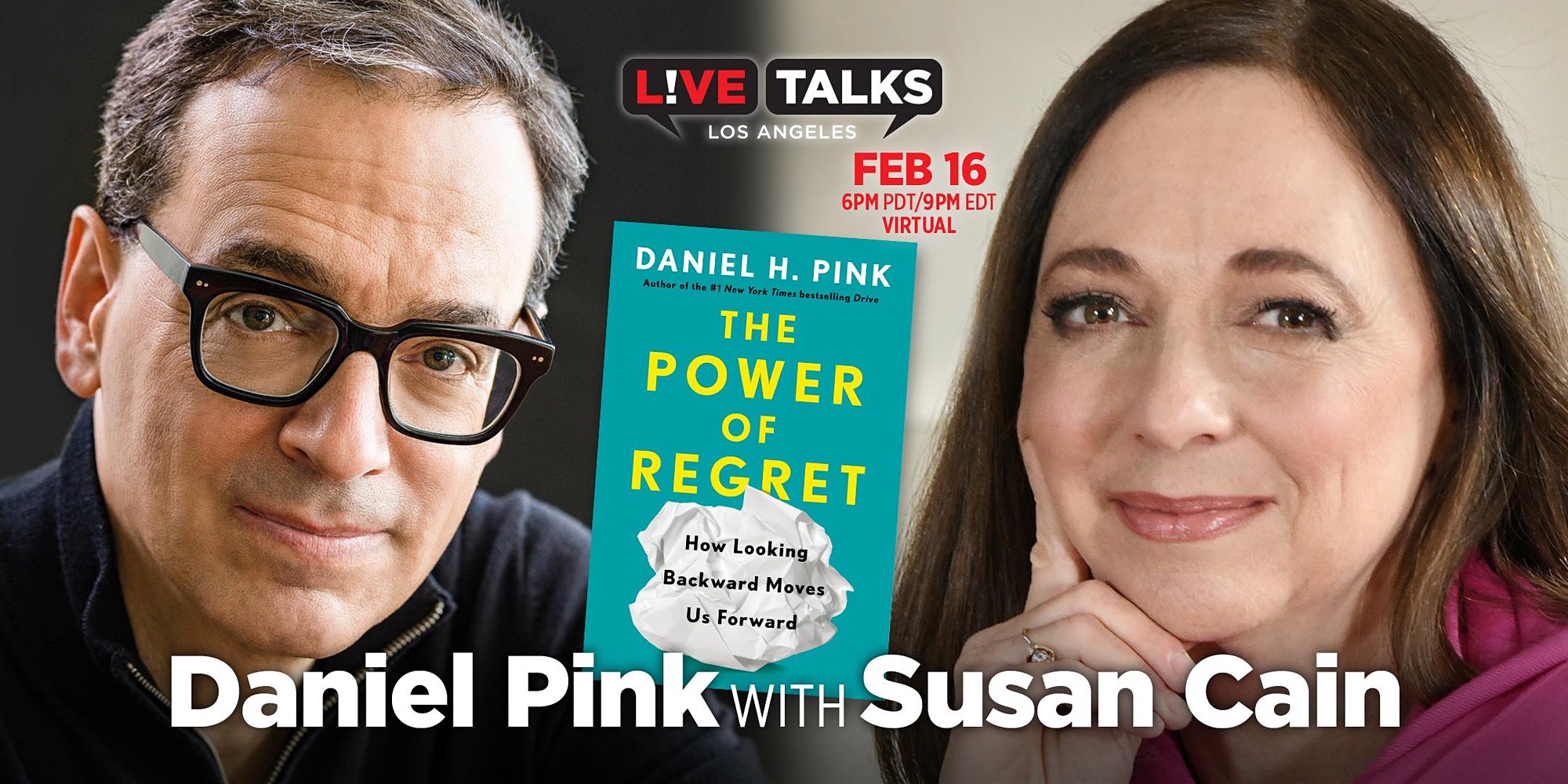 Daniel Pink  in conversation with Susan Cain discussing his new book,
“The Power of Regret: How Looking Back Moves Us Forward”

**** US ORDERS ONLY. All Tickets include a copy of the book signed by Daniel Pink (shipping included)****

discussing his book, “The Power of Regret:  How Looking Back Moves Us Forward”

— All tickets include opportunity to watch the event on Video on Demand for 72 hrs after the event (thru Feb. 19)

From the #1 New York Times–bestselling author of When and Drive, a new book about the transforming power of our most misunderstood yet potentially most valuable emotion: regret.

Pink was host and co-executive producer of Crowd Control, a television series about human behavior on the National Geographic Channel that aired in more than 100 countries. He has appeared frequently on NPR, PBS, ABC, CNN, and other TV and radio networks in the U.S. and abroad. His 2020 MasterClass on sales and persuasion is one of the most popular courses on the platform. He has been a contributing editor at Fast Company and Wired as well as a business columnist for The Sunday Telegraph. His articles and essays have also appeared in The New York Times, Harvard Business Review, The New Republic, Slate, and other publications. Before venturing out on his own 20 years ago, he worked in several positions in politics and government, including serving from 1995 to 1997 as chief speechwriter to Vice President Al Gore. He earned a B.A. in linguistics from Northwestern University, and a J.D. from Yale Law School. Visit his website.

Susan Cain was named one of the top ten influencers in the world by LinkedIn. She  is a renowned speaker and author of the award-winning books Quiet: The Power of Introverts in a World That Can’t Stop Talking; Quiet Power; and Quiet Journal. Translated into more than forty languages, Quiet has appeared on many best-of lists, spent more than seven years on the New York Times bestseller list, and was named the #1 best book of the year by Fast Company, which also named Cain one of its Most Creative People in Business. Her TED Talk on the power of introverts has been viewed over 40 million times. Her upcoming book, Bittersweet: How Sorrow and Longing Make Us Whole, will be published in April 2022.

“If you have long assumed that ‘no regrets’ is the way to live life, then this book is for you. The incomparably candid, clear, and concise Daniel Pink summarizes the latest science on looking backward on what could have been and shows how it can vault you forward to a happier, more productive, and principled life.” —Angela Duckworth, bestselling author of Grit

The Power of Regret. Everybody has regrets, Daniel H. Pink explains in The Power of Regret. They’re a universal and healthy part of being human. And understanding how regret works can help us make smarter decisions, perform better at work and school, and bring greater meaning to our lives.

Drawing on research in social psychology, neuroscience, and biology, Pink debunks the myth of the “no regrets” philosophy of life. And using the largest sampling of American attitudes about regret ever conducted as well as his own World Regret Survey—which has collected regrets from more than 15,000 people in 105 countries—he lays out the four core regrets that each of us has. These deep regrets offer compelling insights into how we live and how we can find a better path forward.

As he did in his bestsellers Drive, When, and A Whole New Mind, Pink lays out a dynamic new way of thinking about regret and frames his ideas in ways that are clear, accessible, and pragmatic. Packed with true stories of people’s regrets as well as practical takeaways for reimagining regret as a positive force, The Power of Regret shows how we can live richer, more engaged lives. 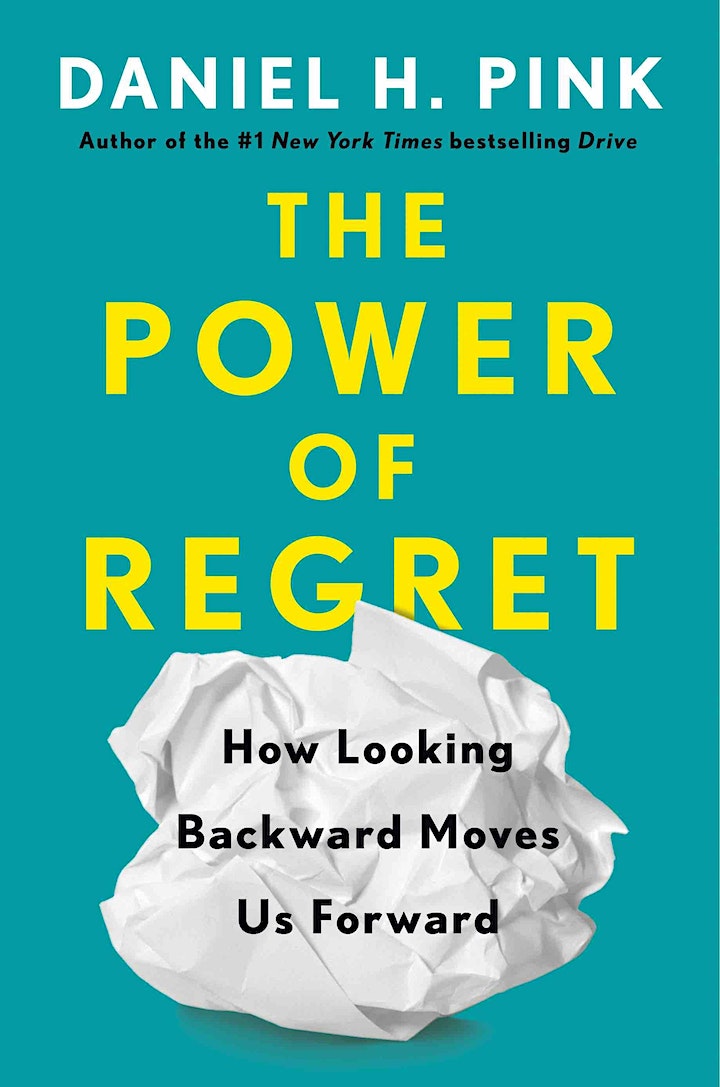