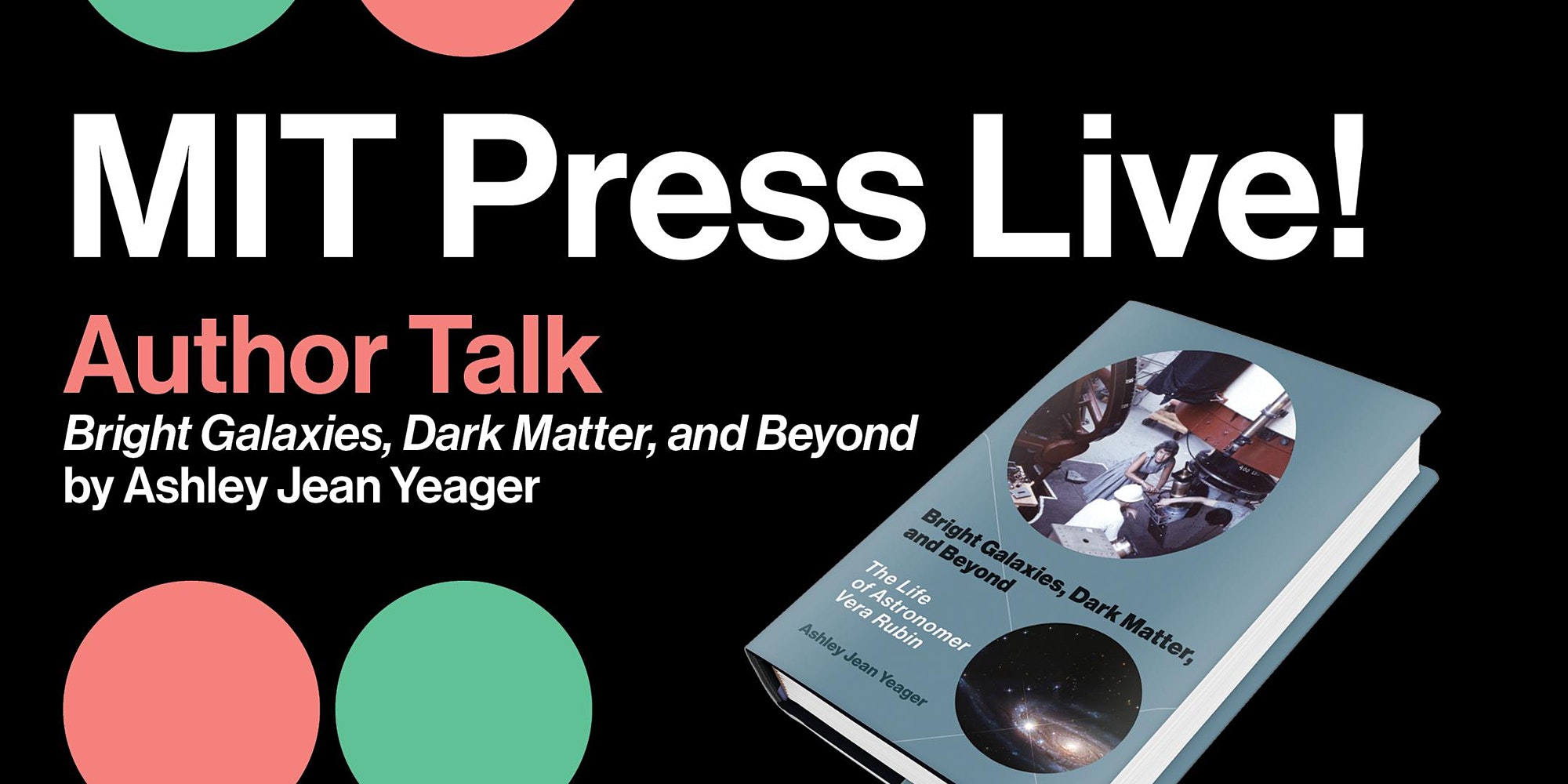 Join Ashley Jean Yeager for an author talk on the new book, Bright Galaxies, Dark Matter, and Beyond: The Life of Astronomer Vera Rubin. Yeager will be in conversation with astronomer Emma Chapman.

We now know that the universe is mostly dark, made up of particles and forces that are undetectable even by our most powerful telescopes. The discovery of the possible existence of dark matter and dark energy signaled a Copernican-like revolution in astronomy: not only are we not the center of the universe, neither is the stuff of which we’re made. Astronomer Vera Rubin (1928–2016) played a pivotal role in this discovery. By showing that some astronomical objects seem to defy gravity’s grip, Rubin helped convince the scientific community of the possibility of dark matter. In Bright Galaxies, Dark Matter, and Beyond, Ashley Jean Yeager tells the story of Rubin’s life and work, recounting her persistence despite early dismissals of her work and widespread sexism in science.

Learn more about Bright Galaxies, Dark Matter, and Beyond: The Life of Astronomer Vera Rubin.

Ashley Jean Yeager is Associate News Editor at Science News. She has written for Quanta, Science News, Nature, Astronomy, Sky & Telescope, The Scientist, and other publications.

Emma Chapman is a faculty member and Royal Society Dorothy Hodgkin fellow based at the University of Nottingham. She is the author of First Light: Switching on Stars at the Dawn of Time.