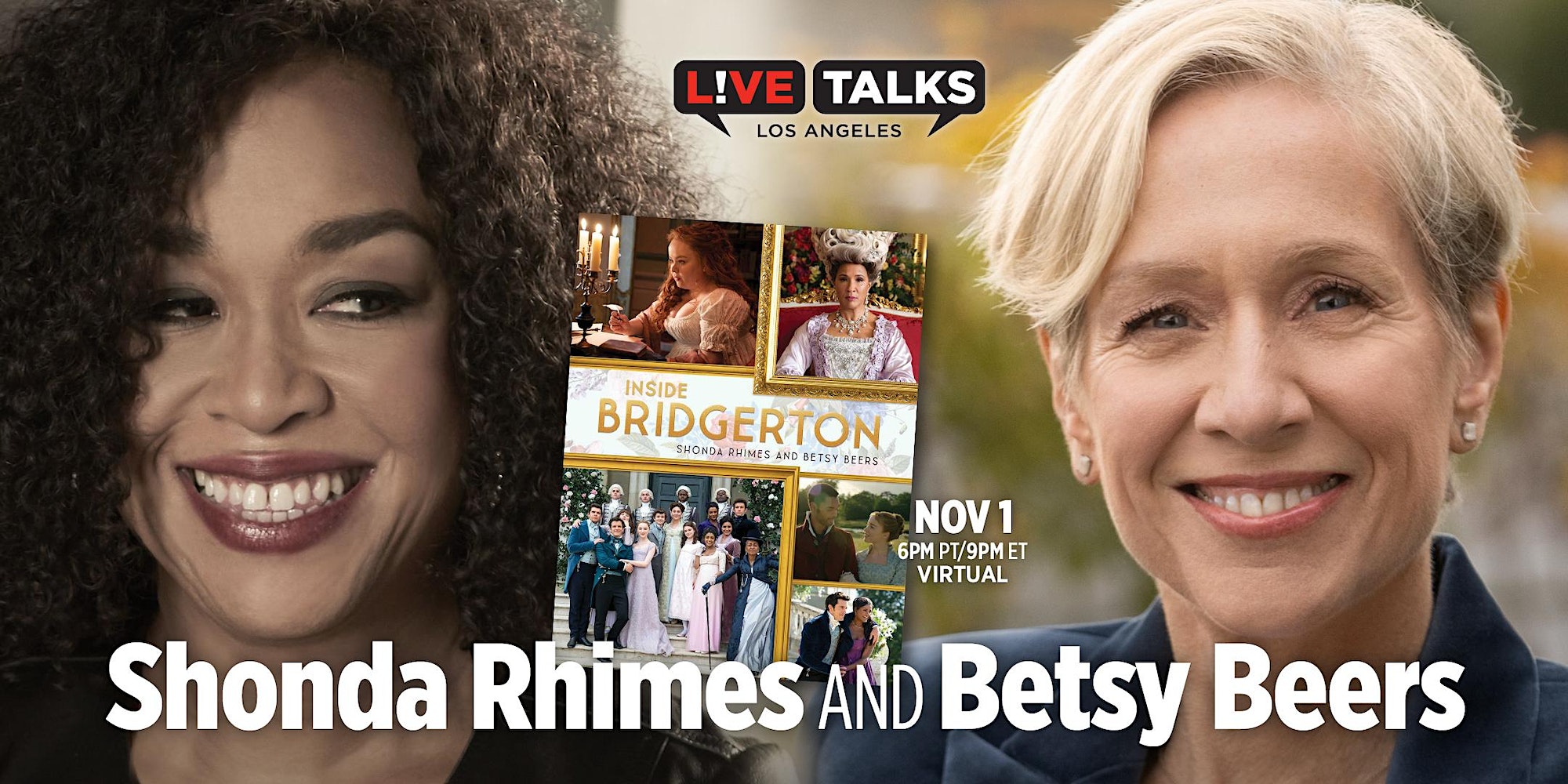 An Evening with Shonda Rhimes & Betsy Beers discussing their book, “Inside Bridgerton.”

discussing their book, “Inside Bridgerton”

Inside Bridgerton brings together the creative minds that launched a cultural phenomenon to reveal the intimate behind-the-scenes story of how the hit Netflix series was made. Shondaland executive producers Shonda Rhimes and Betsy Beers will discuss how Julia Quinn’s beloved novels transitioned to the screen, and share insightsabout the casting, costumes, set design, favorite scenes, and more during this special event.

Shonda Rhimes is CEO of the global media company Shondaland.  With a focus on innovation, Rhimes’s company approaches storytelling through brand partnerships, merchandise, and content for film, streaming, audio, digital, and editorial. In her career, Rhimes’s work has been celebrated with numerous awards including induction into the Television Academy Hall of Fame. She has shifted the entertainment industry’s business model and changed the face of television. .

Betsy Beers is a groundbreaking producer and the longtime producing partner of Shonda Rhimes. Under the Shondaland banner, they have developed and produced some of the most industry-leading series in television. Through Shondaland’s unprecedented exclusive deal with Netflix, Beers serves as executive producer on Bridgerton, Shondaland’s first scripted series with the streamer and the most watched series debut in Netflix history, Inventing Anna, the true story (except for the parts they made up) of the fake German heiress, Dance Dreams: Hot Chocolate Nutcracker following legendary choreographer Debbie Allen, and will serve as executive producer on upcoming series The Residence and Notes On Love. In addition, she is executive producer of the award-winning series Grey’s Anatomy and, along with Rhimes, developed and produced the hit series Private Practice, Scandal,How to Get Away with Murder, For the People, and Station 19for Shondaland and ABC.

Inside Bridgerton is the intimate behind-the-scenes story of the hit Shondaland series on Netflix. Shondaland executive producers Shonda Rhimes and Betsy Beers offer exclusive insights, and introduce you to the series writers, producers, directors, cast, crew, and talented creatives who brought Julia Quinn’s beloved novels to the screen. Full-color and beautifully designed, Inside Bridgerton is the official book about the show, and includes never-before-seen photographs, first hand accounts on casting, insight into the decisions behind the costumes and sets, directors’ accounts on filming your favorite scenes, and more from the creative minds that launched a cultural phenomenon. 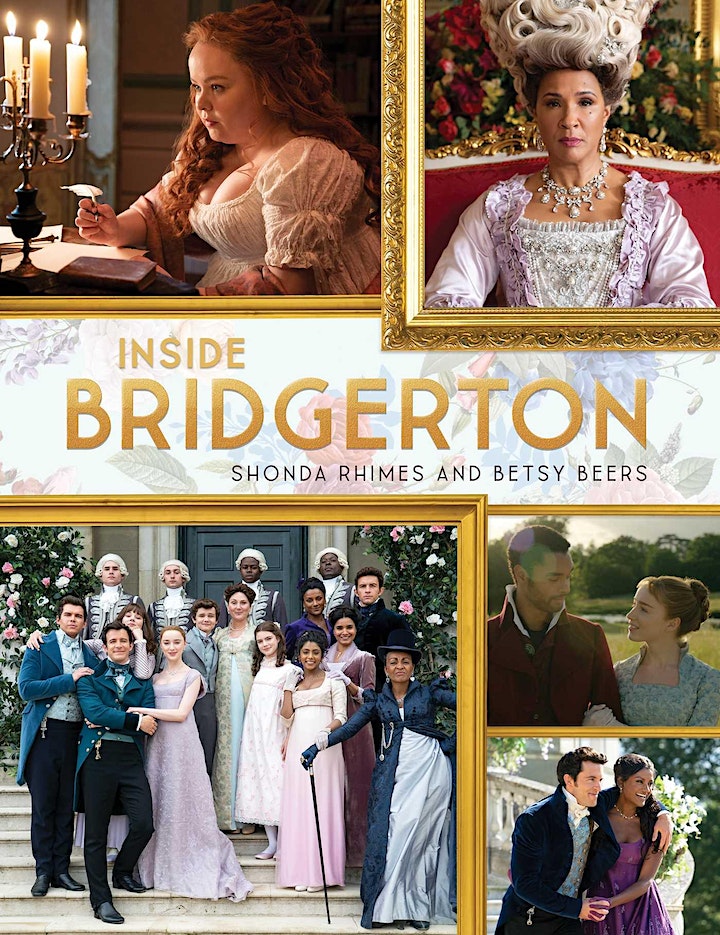