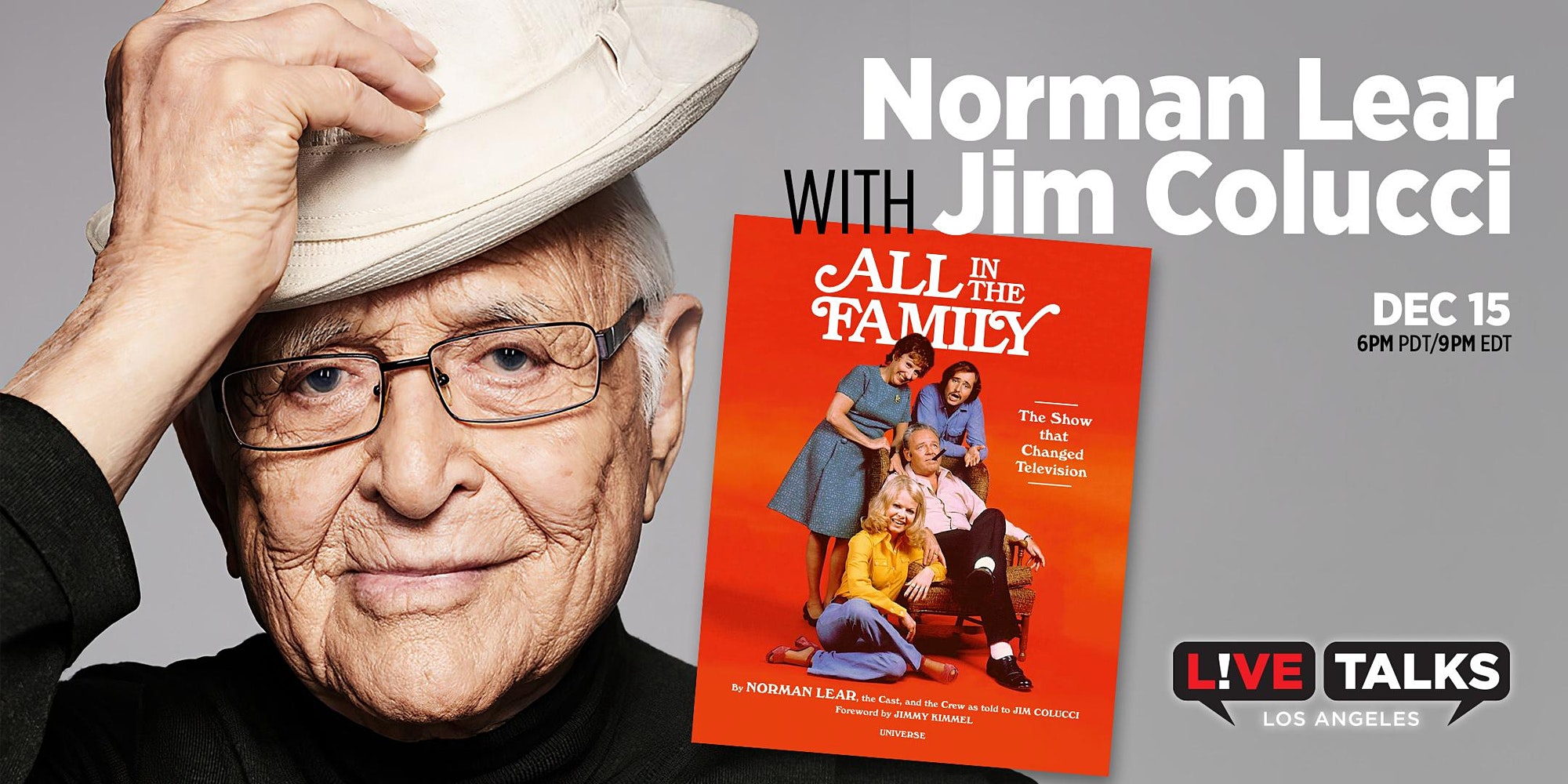 An Evening with Norman Lear in conversation with Jim Colucci discussing his book,
“All in the Family: The Show that Changed Television”

An Evening with Norman Lear

“All in the Family: The Show that Changed Television,” in conversation with Jim Colucci

NOTE: This virtual event was taped in-person in our studio and is a 75 minute conversation that also includes several clips from the show that are discussed in the event.

— $70 ticket includes a book (shipping & Live Talks LA tote bag included). The book is personally signed by Norman Lear. Limit of two tickets per order.  This is a gorgeously designed coffee table book.  (* we only ship to US addresses). Books ship on Dec 16.

— $15 tickets to watch the virtual event.

All in the Family creator Norman Lear takes fans behind the scenes of the groundbreaking sitcom on the occasion of its 50th anniversary.

Producer, philanthropist, and activist Norman Lear has the distinction of being among the first seven television pioneers inducted into the Television Academy Hall of Fame. He won his first two Emmy® Awards in 1971 (for All in the Family’s premiere season) and his most recent one in 2020, for Live in Front of a Studio Audience: ”All In The Family” and ”Good Times.” His memoir, Even This I Get to Experience, was published in 2014.

Jim Colucci is a Los Angeles-based freelance entertainment writer whose work has appeared in such publications as TV Guide and CBS’ Watch! magazine, where he served as a Deputy Editor.  He has appeared on such shows as CNN’s History of the Sitcom, and for a decade delivered a weekly on-air entertainment report on The Frank DeCaro Show on Sirius XM radio.  His previous books include Will & Grace: Fabulously Uncensored, The Q Guide to The Golden Girls and the New York Times best-seller Golden Girls Forever.

Television was changed forever in 1971 with the premiere of All in the Family. Archie Bunker (Carroll O’Connor), his wife Edith (Jean Stapleton), daughter Gloria (Sally Struthers), and son-in-law Mike“Meathead” Stivic (Rob Reiner) instantly became—and half a century later still are—four of the most iconic characters in television.

All in the Family creator Norman Lear takes fans behind the scenes of the groundbreaking sitcom on the occasion of its 50th anniversary in All in the Family: The Show that Changed Television and shares his take on fifty episodes that exemplify why All in the Family remains as funny and relevant as ever. Its boundary-pushing approach to hot-button topics like race relations, homosexuality, war, religion, and social inequity are examined with commentary from its costars, writers, directors, and guest stars, as well as prominent contemporary showrunners—a veritable who’s-who of television royalty.

Jim Colucci’s interviews with Lear for the book revisit casting decisions and how the scripts were borne of the news of the day, familial influences, network mandates, political correctness, and more. With previously unseen notes from Lear, script pages, production designs, and a foreword by superfan Jimmy Kimmel, who revived the show in 2019 with his live re-creation featuring a bevy of today’s finest actors, this book is the ultimate companion to this seminal series and a must for fans of television comedy. 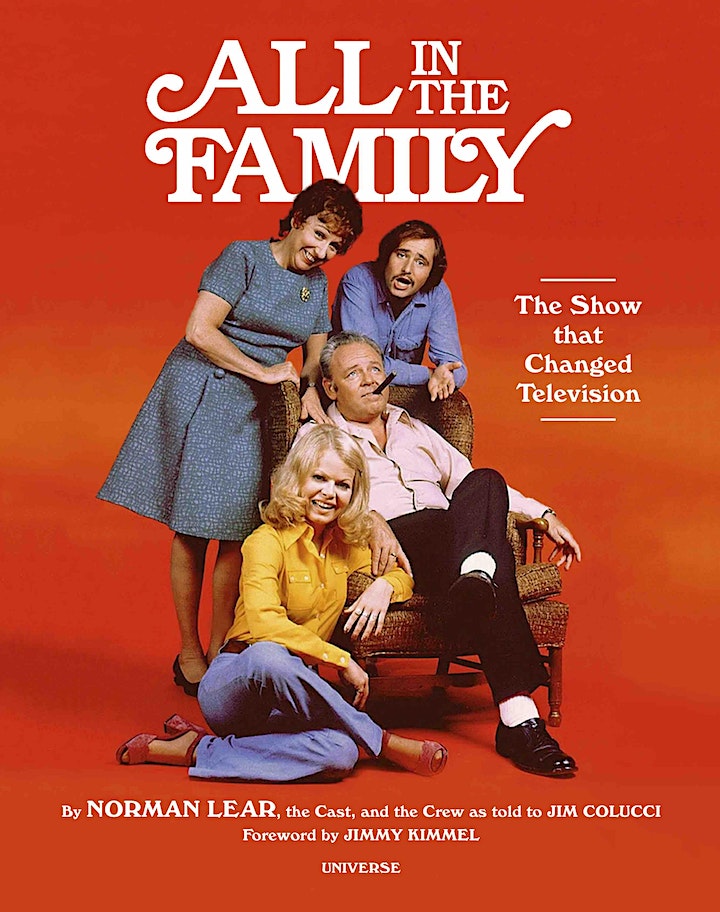