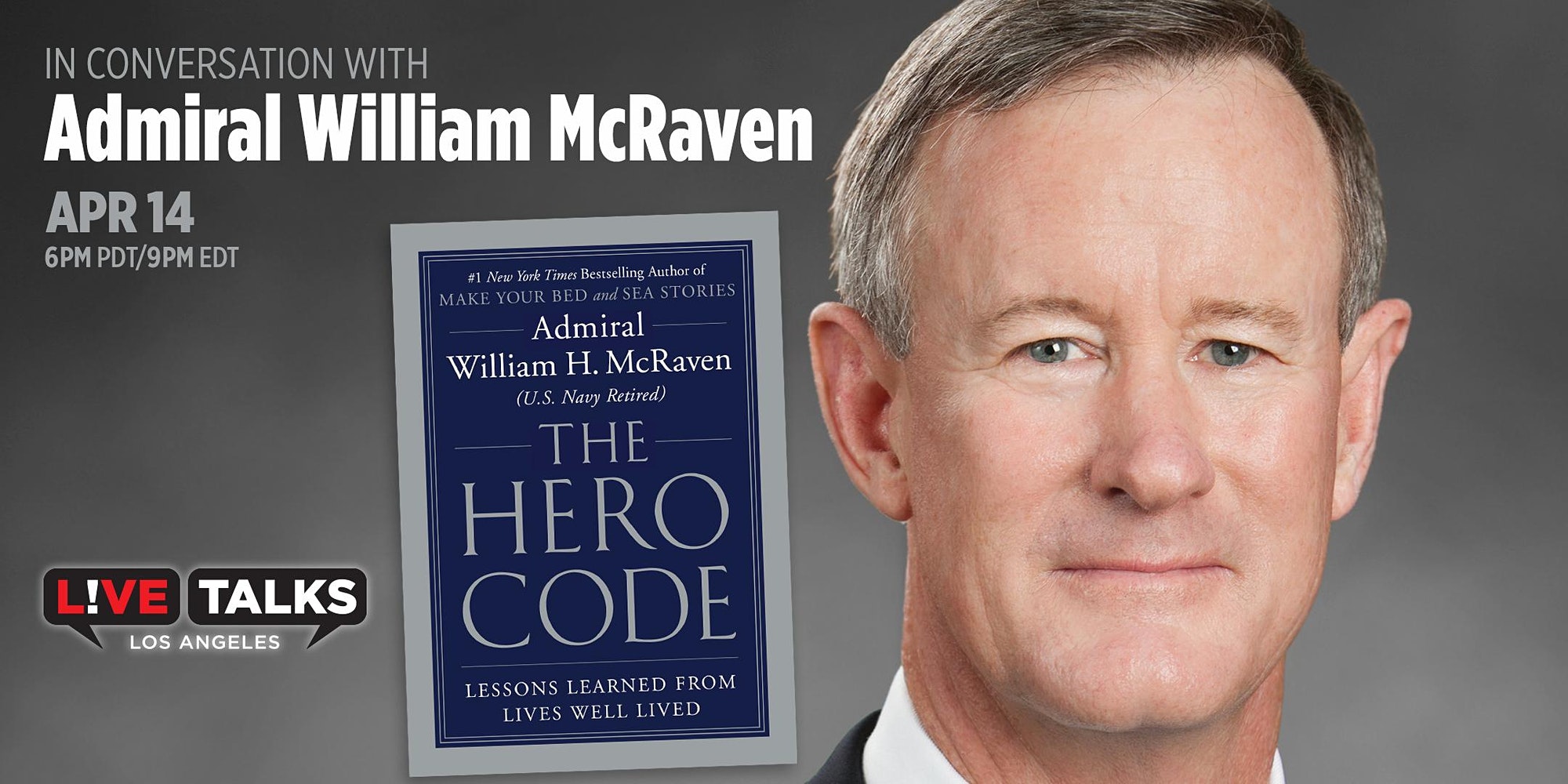 Admiral William H. McRaven is the New York Times bestselling author of Make Your Bed and the New York Times bestseller Sea Stories: My Life in Special Operations. In his thirty-seven years as a Navy SEAL, he commanded at every level. As a Four-Star Admiral, his final assignment was as Commander of all U.S. Special Operations Forces. After retiring from the Navy, he served as the Chancellor of the University of Texas System from 2015 to 2018.

The Hero Code is Admiral McRaven’s ringing tribute to the real, everyday heroes he’s met over the years, from battlefields to hospitals to college campuses, who are doing their part to save the world.

When Bill McRaven was a young boy growing up in Texas, he dreamed of being a superhero. He longed to put on a cape and use his superpowers to save the earth from destruction. But as he grew older and traveled the world, he found real heroes everywhere he went — and none of them had superpowers. None of them wore capes or cowls. But they all possessed qualities that gave them the power to help others, to make a difference, to save the world: courage, both physical and moral; humility; a willingness to sacrifice; and a deep sense of integrity.  The Hero Code is not a cypher, a puzzle or a secret message. It is a code of conduct; lessons in virtues that can become the foundations of our character as we build a life worthy of honor and respect.

The Hero Code outlines value’s that everyday heroes display such as courage, humility, compassion and humor. The book features stories from a wide range of heroes such as Senator John McCain to our brave armed forces and health care professionals. Highlighting heroic actions on every scale, Admiral McRaven provides timely advice and an optimistic message for how we can help each other during trying times.