A Tribute to Fred Dewey 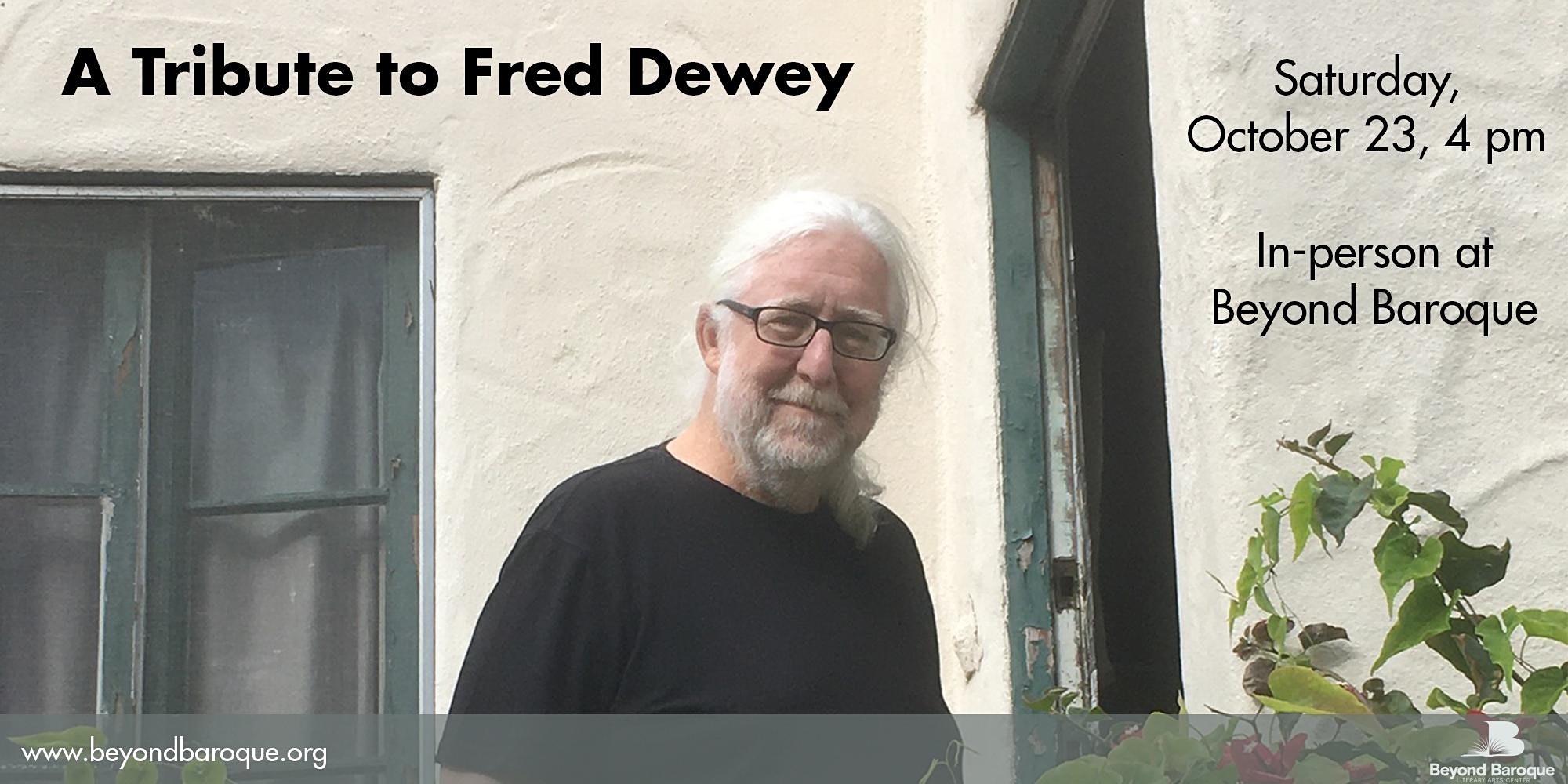 Please join us in celebrating the life and work of Fred Dewey. The former executive director of Beyond Baroque, Fred was a profoundly committed writer, editor, and thinker who devoted his life to championing artists and creating a public sphere for intellectual engagement. The memorial and tribute will feature readings and remembrances from poets, writers, artists, colleagues, and friends. It will be held outside on Beyond Baroque’s back patio, and food and drink will be served. For those unable to attend in-person, it will be streamed live to Beyond Baroque’s YouTube channel, where it will also be available for viewing after the memorial.

In-person at Beyond Baroque. All attendees must be vaccinated.

Fred Dewey (1957-2021) was a writer, teacher, editor/publisher, curator, and co-founder of the Neighborhood Councils Movement in Los Angeles. The author of The School of Public Life (Errant Bodies, 2014), he served as executive director of Beyond Baroque Literary Arts Center from 1996 to 2010. Over the course of his career he edited, published, and designed twenty books and anthologies, featuring work by Ammiel Alcalay, Simone Forti, Jean-Luc Godard, Daniel Berrigan, Abdellatif Laabi, Jack Hirschman, Christoph Draeger, Ed Ruscha, Diane di Prima, and more. During his tenure as director of Beyond Baroque, he successfully negotiated a new long-term lease for Beyond Baroque, founded Beyond Baroque Books, and was instrumental in the creation of the Venice Beach Poets’ Monument. Thanks to his efforts, thousands of people continue to participate every year in Beyond Baroque’s readings, workshops, exhibitions, and community gatherings.