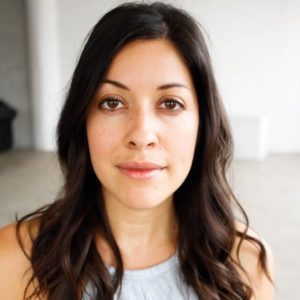 Born in Los Angeles to Mexican parents, Erica Garza has spent most of her adult life traveling and living abroad. She currently lives in Los Angeles with her husband and daughter. Erica’s essays have appeared in Salon, Narratively, BUST, Marie Claire, Good Housekeeping, Refinery29, Bustle, Alternet, Vivala, Hello Giggles, the Los Angeles Review, and Australia’s Mamamia and The Motherish. She has appeared as a guest on BBC Radio 4, Thom Hartmann’s The Big Picture, and August McLaughlin’s Girl Boner Radio. In 2010, she earned her MFA in Creative Nonfiction at Columbia University. Her memoir on sex addiction, Getting Off, is her first book. 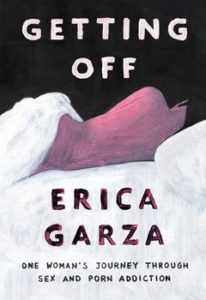 What sets this courageous and riveting account apart from your typical misery memoir is the absence of any precipitating trauma beyond the garden variety of hurt we’ve all had to endure in simply becoming a person ― reckoning with family, learning to be social, integrating what it means to be sexual. Whatever tenor of violence or abuse Erica’s life took on through her behavior was of her own making, fueled by fear, guilt, self-loathing, self-pity, loneliness, and the hopelessness those feelings brought on as she runs from one side of the world to the other in an effort to break her habits — from East Los Angeles to Hawaii and Southeast Asia, through the brothels of Bangkok and the yoga studios of Bali to disappointing stabs at therapy and twelve-steps back home.

Launch party for Getting Off

“‘Sex addiction can happen to anyone’: author Erica Garza sheds light on a female taboo” by Arwa Mahdawi in The Guardian