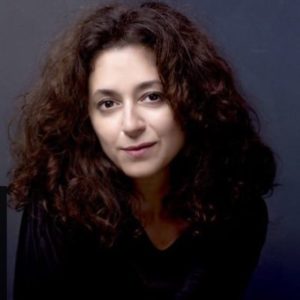 Ece Temelkuran, one of Turkey’s best-known novelists and political commentators, was a prominent investigative journalist before her controversial explorations of Kurdish and Armenian issues led to her dismissal. She was a visiting fellow at Oxford and delivered the Freedom Lecture as a guest of Amnesty International and the Prince Claus Foundation.

She has contributed articles to the New York Times and the Guardian. Her books have been published in nineteen countries. She lives in Istanbul and Zagreb.

The Time of Mute Swans 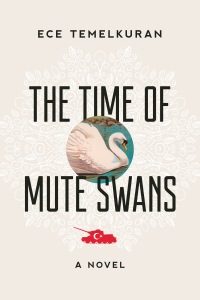 This timely, bestselling novel about a military coup in Turkey, told through the eyes of two children, resonates deeply with events there today.

Ankara, the capital city in the heart of Turkey at the crossroads of Europe and Asia, East and West, is a hotspot in the Cold War, torn between communism and conservatism, Western freedoms and traditional ways, with an army fearful of democracy and a government that employs thugs and torture to enforce law and order. In the summer of 1980, tensions are building. Homes of the poor are being burnt down. Armed revolutionaries on college campuses battle right-wings militias in the city’s neighborhoods. The lines between good and bad, right and wrong, and beautiful and ugly are blurred by shed blood.

Two children, one from a family living in misery and one well-off, form an alliance amid the turmoil. Through their senses, the cityscape unfolds its wonders, its rich smells and colors, as they try to make sense of the events swirling around them. And they hatch a plan. For the first time in generations, mute swans have migrated from Russia to the Black Sea and to a park at the center of Ankara. For the generals, they are an affirmation, and their wings must be broken so they can’t fly away. But if the children can save one swan, won’t they have saved the freedom of all? (Arcade Publishing)

“Who knew they still wrote books like this? Gloriously immersive, filled with details of family life, childhood and love that had me in tears. Epic and miniature; funny and terrifying; it’s everything I want in a book. What a lucky reader to pick this up!” — Andrew Sean Greer

“Have you ever heard people laugh as if birds were flying out of their mouths? Or thought about how alive objects can be? Everything seems possible in Ece Temelkuran’s latest. … Those who are not familiar with Turkish history will learn a lot about this dark era. … [A] wonderful novel.” — Mine Krause

Remember How to Fly: Ece Temelkuran

“We Want Our Refugees and Exiles to be Victims” in LitHub