Home »2018 Featured Event: Are You Your Body? A Conversation

Merritt Tierce will moderate a conversation between Carmen Maria Machado, author of Her Body and Other Parties, and Jess Arndt, author of Large Animals: Stories, that will explore the authors’ interests and expertise in writing “dark” stories (what exactly does that mean?), breaking and inventing fictional forms, how the body and the self are connected, and how literature can shape and explain and be that connection. 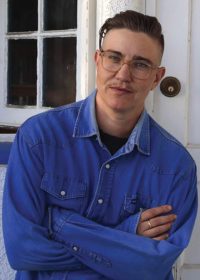 Jess Arndt’s striking debut collection confronts what it means to have a body. Boldly straddling the line between the imagined and the real, the masculine and the feminine, the knowable and the impossible, these twelve stories are an exhilarating expression of voice and deliver a profoundly original punch to the gut. In “Jeff,” Lily Tomlin confuses Jess for Jeff, instigating a dark and hilarious identity crisis. In “Together,” a couple battles a mysterious and unnamed STD that slowly undoes their relationship, while outside a ferocious weed colonizes their urban garden. And in “Contrails,” a character on the precipice of a seismic change goes on a tour of past lovers, confronting their own reluctance to move on. 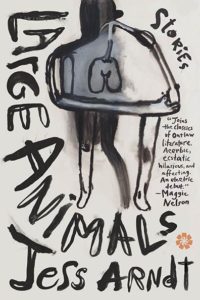 Arndt’s subjects are canny noticers even while they remain dangerously blind to their own truest impulses. Often unnamed, these narrators challenge the limits of language—collectively, their voices create a transgressive new formal space that makes room for the undefined, the nonconforming, the queer. And yet, while they crave connection, love, and understanding, they are constantly at risk of destroying themselves. Large Animals pitches toward the heart, pushing at all our most tender parts—our sex organs, our geography, our words, and the tendons and nerves of our culture. (Catapult Books)

Jess Arndt is the author of Large Animals, her debut novel. She received her MFA at Bard and was a 2013 Graywolf SLS Fellow and 2010 Fiction Fellow at the New York Foundation of the Arts. She has written for Fence, BOMB, Aufgabe, and the art journal Parkett, among others. She is a co-founder of New Herring Press, and lives in Los Angeles.

Her Body and Other Parties 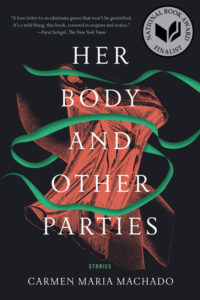 In Her Body and Other Parties, Carmen Maria Machado blithely demolishes the arbitrary borders between psychological realism and science fiction, comedy and horror, fantasy and fabulism. While her work has earned her comparisons to Karen Russell and Kelly Link, she has a voice that is all her own. In this electric and provocative debut, Machado bends genre to shape startling narratives that map the realities of women’s lives and the violence visited upon their bodies.

A wife refuses her husband’s entreaties to remove the green ribbon from around her neck. A woman recounts her sexual encounters as a plague slowly consumes humanity. A salesclerk in a mall makes a horrifying discovery within the seams of the store’s prom dresses. One woman’s surgery-induced weight loss results in an unwanted houseguest. And in the bravura novella “Especially Heinous,” Machado reimagines every episode of Law & Order: Special Victims Unit, a show we naively assumed had shown it all, generating a phantasmagoric police procedural full of doppelgängers, ghosts, and girls-with-bells-for-eyes.

Earthy and otherworldly, antic and sexy, queer and caustic, comic and deadly serious, Her Body and Other Parties swings from horrific violence to the most exquisite sentiment. In their explosive originality, these stories enlarge the possibilities of contemporary fiction. (Graywolf Press) 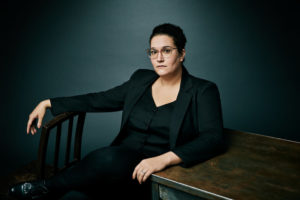 Carmen Maria Machado’s debut short story collection, Her Body and Other Parties, was a finalist for the National Book Award, the Kirkus Prize, LA Times Book Prize Art Seidenbaum Award for First Fiction, and the PEN/Robert W. Bingham Prize for Debut Fiction, and the winner of the Bard Fiction Prize, the National Book Critics Circle’s John Leonard Prize, and the Crawford Award. In 2018, the New York Times listed Her Body and Other Parties as a member of “The New Vanguard,” one of “15 remarkable books by women that are shaping the way we read and write fiction in the 21st century.”

Her essays, fiction, and criticism have appeared in the New Yorker, the New York Times, Granta, Tin House, The Believer, Guernica, Best American Science Fiction & Fantasy, and elsewhere. She holds an MFA from the Iowa Writers’ Workshop and has been awarded fellowships and residencies from the Michener-Copernicus Foundation, the Elizabeth George Foundation, the CINTAS Foundation, Yaddo, Hedgebrook, and the Millay Colony for the Arts. She is the Writer in Residence at the University of Pennsylvania and lives in Philadelphia with her wife. 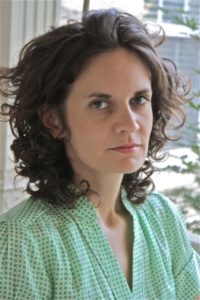 Merritt Tierce was born and raised in Texas, graduated from college at 19, and waited tables for ten years before attending the Iowa Writers’ Workshop. She received a Rona Jaffe Foundation Writers’ Award in 2011 and was a 2013 National Book Foundation “5 Under 35” Author.

Her first book, the novel LOVE ME BACK, was shortlisted for the PEN/Robert W. Bingham prize for debut fiction and won the 2014 Texas Institute of Letters’ Steven Turner Award for Best Work of First Fiction. LOVE ME BACK was named a best book of 2014 by The Chicago Tribune and Electric Literature and was also published in the UK, Italy, and Spain.

Tierce’s writing has appeared in The New York Times, Oxford American, New Stories from the South: The Year’s Best, Southwest Review, and online at The Paris Review, Electric Literature, Marie-Claire, and Cosmopolitan, among other magazines and publications.

She has been a fellow at the Yaddo, MacDowell, Willapa Bay, and Can Cab artists’ colonies, and at Writers Omi at Ledig House. She slaughtered the field at Literary Death Match. 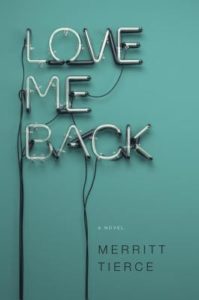 Merritt served as the Executive Director of the Texas Equal Access Fund, a nonprofit abortion fund based in Dallas, from 2011 to 2014. She volunteered and worked for the TEA Fund from its founding in 2004, and co-wrote the abortion play One in 3 with screenwriter and activist Gretchen Dyer and Pulitzer Prize-winning journalist Victoria Loe Hicks. One in 3 played to sold out houses for most of its three-week run, and stimulated a local conversation about the reality of abortion in women’s lives.

Merritt is currently a staff writer on the Netflix show Orange is the New Black. She lives in Los Angeles. 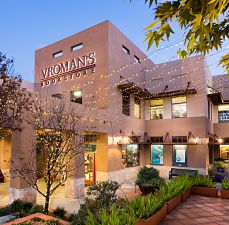 Are You Your Body? A Conversation